MoneySavingExpert.com: Breaking all the rules

I recently had the honour and the privilege of meeting a long-term hero of mine, Mr Martin Lewis, of MoneySavingExpert.com. During our chat, I brought up a topic that had puzzled me for a good few years – the MoneySavingExpert weekly newsletter!

Talking to Martin, I was surprised but delighted to find out that (at the time I spoke to him), it was his project – he was personally responsible for it. He said that every week, there were bets around the office on which subject line would win the A/B test – he always won. He said he would not let anyone else be responsible for the email until they started winning these bets. (It looks like this has now happened if you read this post by Martin)

This email goes out to almost 9 million people, but seems to break every rule in the email marketing book. It’s long, with far too many different topics in it, it has a stupidly long subject line, it’s text-to-images ratio is not balanced (in favour of text), I’m sure it makes designers cry, it gets its final proofing by readers on Facebook!! The list goes on.

However, despite all of this – it works! Personally, it’s the one email each week I look forward to receiving. It’s every week on a Wednesday, and if it hasn’t hit my inbox by the time I have my lunch break, I go online and read that version instead.

So what does he have to say about all this? Martin says that his email is a newsletter, not marketing so therefore does not need to comply with email ‘rules’. But he puts his success down pure and simply to good content.

“The info is interesting in its own right or we wouldn’t put it there.  Content is always king in these things and we know people want our content. Using tricks to try and ‘sell’ that content actually detracts from the trust factor that’s in there.

The structure of the email is carefully thought through, but its far more about what we believe is right for our users than what they would necessarily click.  I know I could pile it high with sexy deals and probably increase the open rate even more, and the traffic to those things, but that isn’t what MSE is there for.

It’s there to improve peoples’ finances.  So we intercut the sexy deals with the important hard-core financial ones – so people will see and, hopefully, act on both.

Yet each week there’s hard-core debate over what the order should be and priorities.  It isn’t all about ‘what’s the strongest’ either.  Like all editorial outfits it’s about shades of light and dark.   We never put similar things next to each other (unless it’s a virtue or joke eg Burger King 2for1s and gym vouchers) so there’s enough variance to keep people reading down.”

He says that design and navigation HAVE been improved over the years (they’ve found out that the highlights at the top left are used a lot by subscribers), but he’s resistant to too much change. He personally doesn’t like too many images (says it’s an allergy), and it’s his decision to keep those to a minimum – every now and then he speaks to someone who wants to try and redesign the email, but they try jumping in and making changes without looking at the unique formula that makes it work – they just want it to conform with the norm.

It was a pleasure having the opportunity to converse with Martin on this, and was a reminder that the email rules are not hard and fast, and are more guidelines, or a starting point. When you know who your audience is, what they like and what they want, don’t be afraid to bend or even break these rules. Just remember to test, report and analyse. The MoneySavingExpert email might not just save you cash personally, but could contribute to a higher ROI for your business! 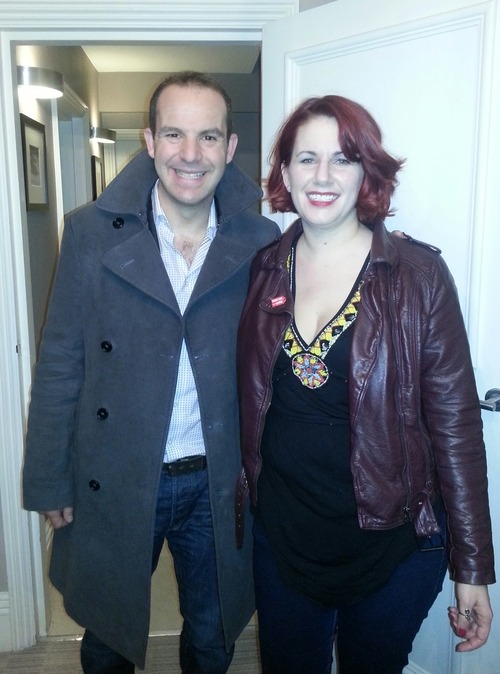 (If you don’t subscribe to this newsletter already, you should. It’ll save you money at some point in your life, the latest copy can always be found here: http://www.moneysavingexpert.com/latesttip/.)